The Future of Arizona Democracy

Arizona is a young state defined by an entrepreneurial spirit, and forged by a diverse array of people and interests. The state’s constitution, written during the Progressive Era of social activism and political reform, has indelibly shaped the course of Arizona politics and influenced the tone of governance. Now in its second century as a state, Arizona finds itself at the forefront of America’s economic and population growth, offering an opportunity for the Grand Canyon state to reflect on its constitutional principles and practice, and its democratic processes and examine ways to advance its civic health and its socio-economic vitality.

The Future of Arizona Democracy Project invites academics, political figures, elected officials, subject-matter experts and leaders in the private sector to discuss solutions to the challenges confronting Arizona’s democracy: its electoral system, initiative and law-making process, and the civic education and practices necessary to build a stronger foundation for our civic wellbeing.

In this conversation, we will hear from state and national leaders about Arizona’s right to citizen initiative, its history and purpose, how it has been used since its creation and consider whether some of its features make it more likely to be used by organized interests rather than ordinary citizens. We’ll examine the inherent conflicts between direct and representative democracy, the use of direct democracy across the country, and trends in policymaking at the ballot box. Audience members will have the opportunity to ask questions as, together with the panelists, they consider whether the future of Arizona’s democracy would benefit from reforms to the initiative process. 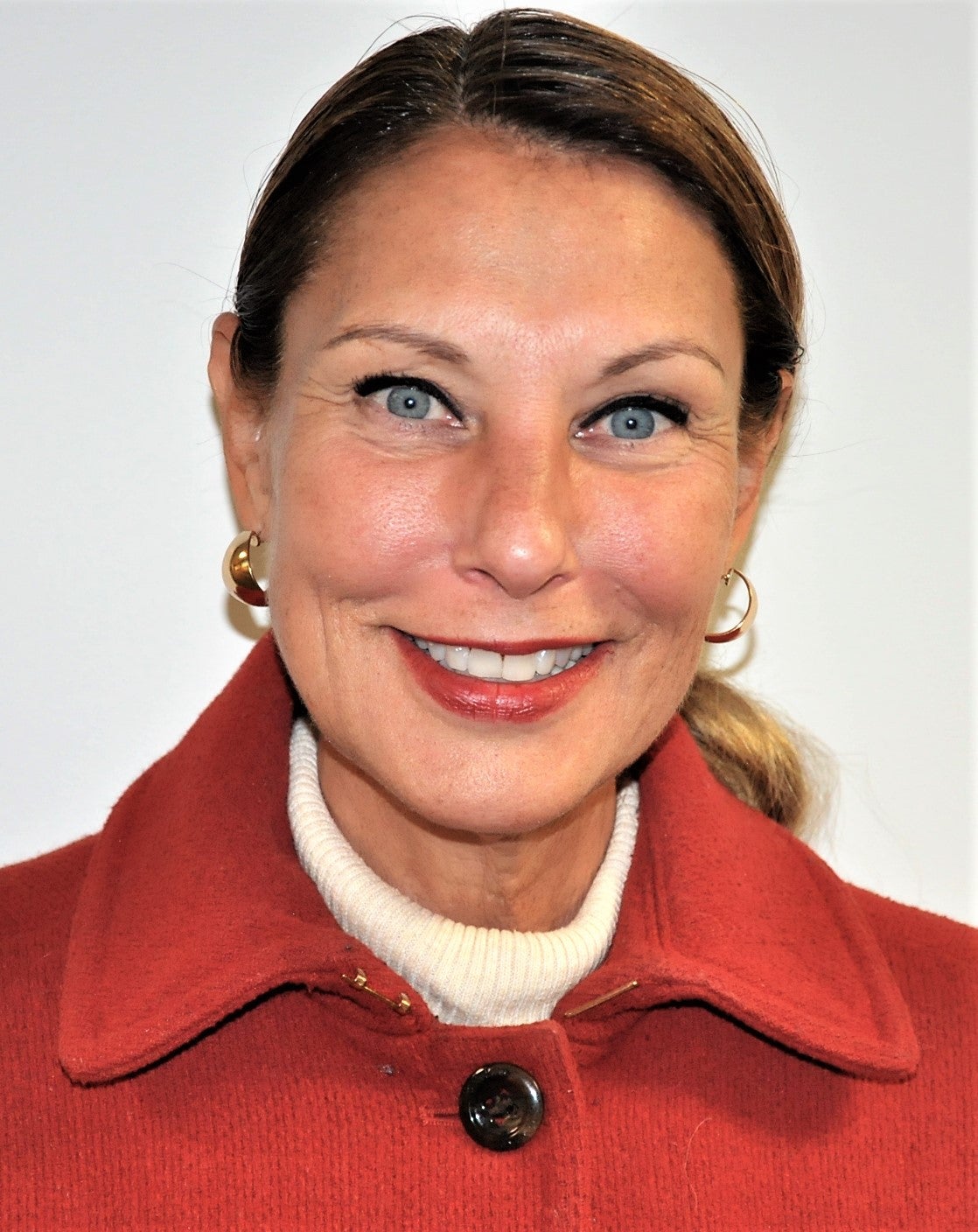 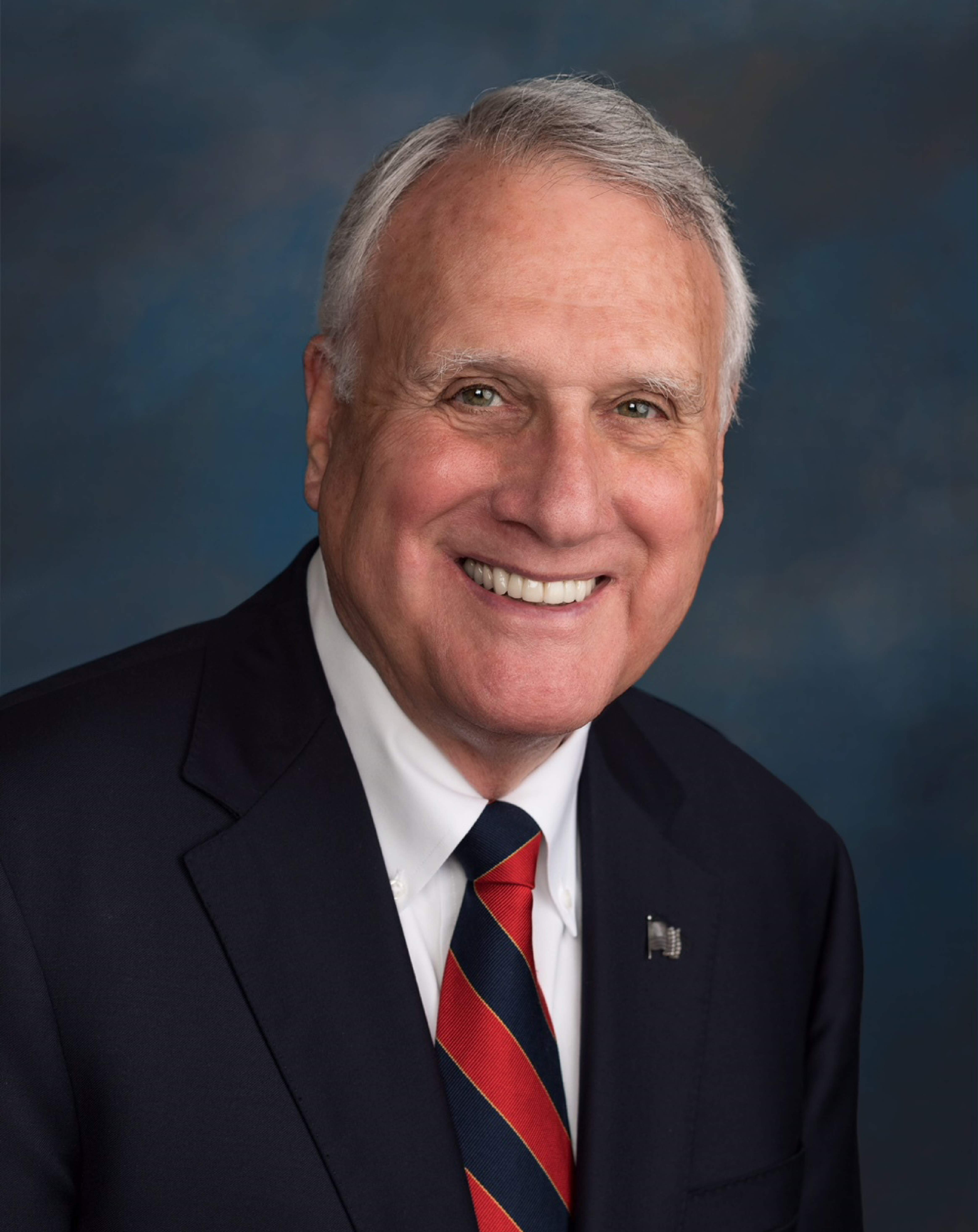 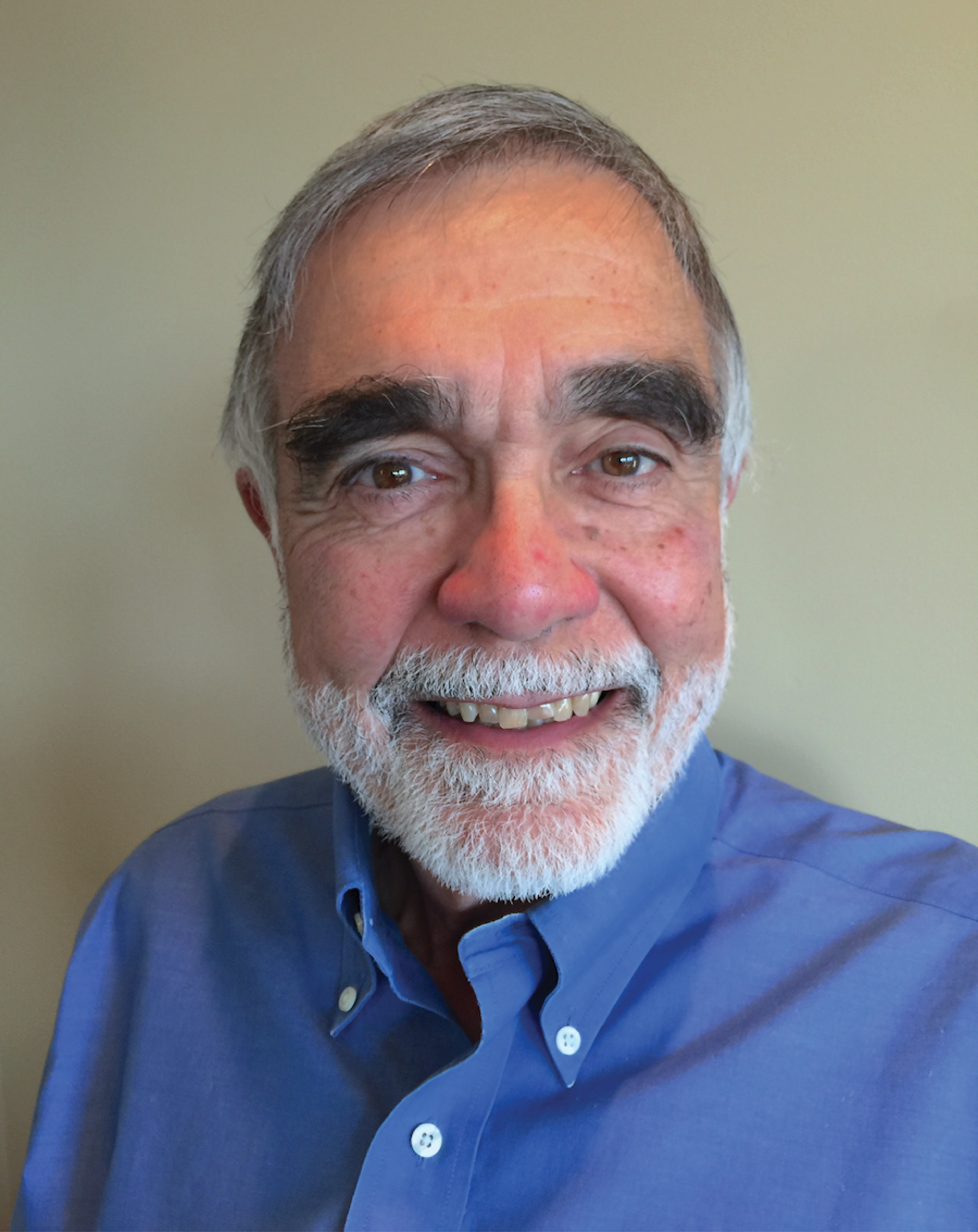 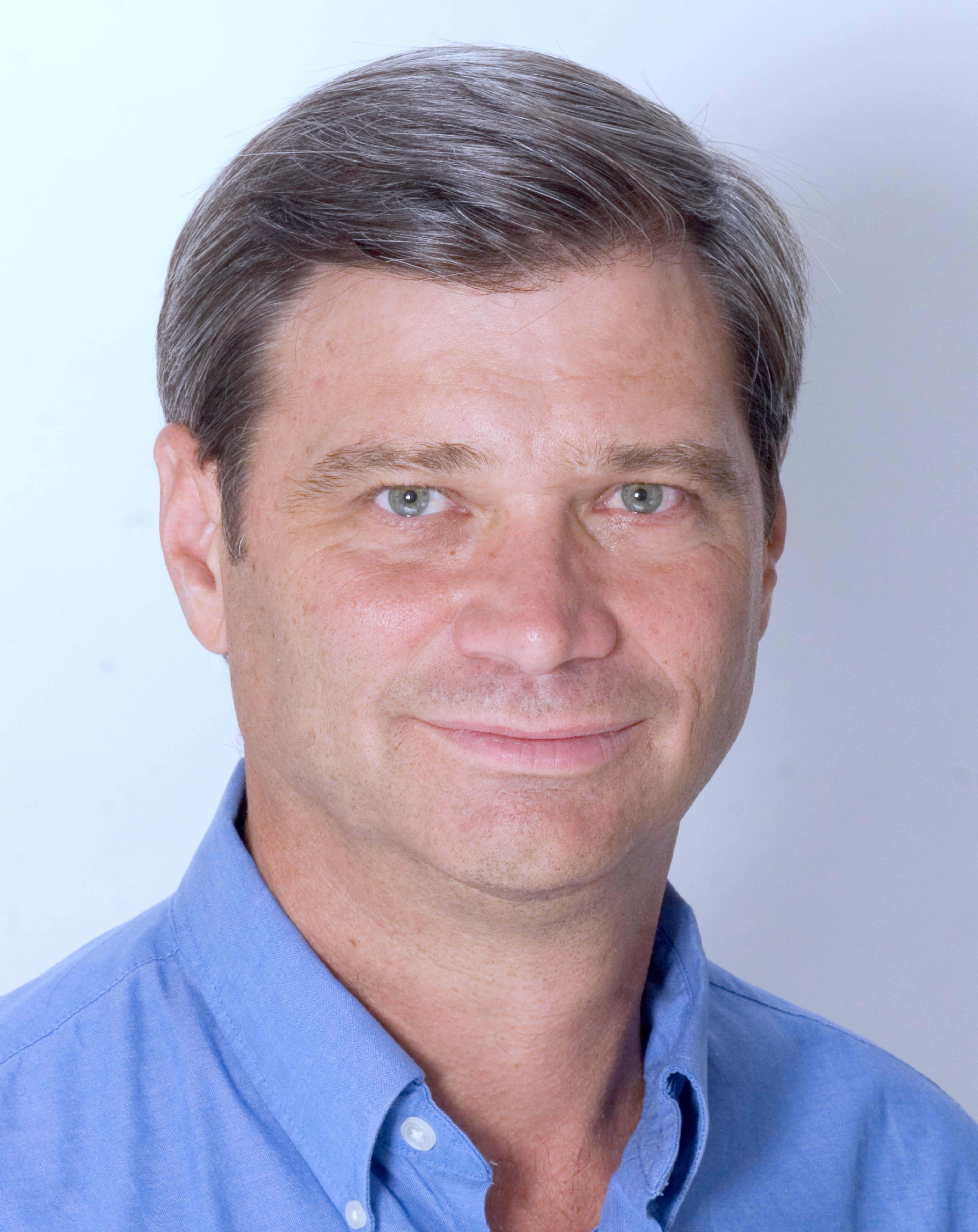 Maria Baier was born in Arizona and has lived here most of her life.  She received her undergraduate degree from ASU and her law degree from UofA.  She has worked for three Arizona governors, twice as a senior policy advisor, and once as the Commissioner – aka Director – of the Arizona State Land Department.  During those years, she worked on criminal justice issues, natural resource issues and economic issues.  She was a lead architect and/or advocate for several successful laws and legal frameworks, including the Arizona Preserve Initiative, Truth in Sentencing, and Stop Juvenile Crime, all proposed by Governor Fife Symington.  While working in Governor Hull’s office, Maria led efforts to pass two sets of reforms to ensure balanced and thoughtful land use planning throughout Arizona, now known as Growing Smarter and Growing Smarter Plus.  Maria also ran successfully for the Phoenix City Council in 2007.  She has worked in the private, public, and non-profit sectors, and, most recently, helped the Phoenix Suns persuade the Phoenix City Council to partner with the team on a $230 million renovation of the Sun’s arena.  She comes from a farm family, owns a small business with her brother, and currently serves as the Vice President of External Affairs for Great Hearts America, a network of public charter schools that teach in the classical Liberal Arts tradition.

Jon Kyl currently serves as Senior of Counsel at Covington and Burling. LLP. He is also a Distinguished Fellow in Public Service in Arizona State University’s Watts College of Public Service and Community Solutions, a Distinguished Scholar of the Sandra Day O’Connor College of Law, and a director of ASU’s Kyl Center for Water Policy. Previously, Senator Kyl served eighteen years in the U.S. Senate, and before that, eight years in the U.S. House of Representatives. He was elected unanimously by his colleagues in 2008 to serve as Republican Whip, the second-highest position in the Senate Republican leadership, a position he held until his retirement in 2013. He was a member of the Judiciary Committee from 1995-2013, and also served on the Finance Committee. On September 5, 2018, Senator Kyl was appointed by Arizona Governor Doug Ducey to fill the seat of the late Senator John McCain. He served on the Senate Armed Services Committee and the Homeland Security and Government Affairs Committee. He concluded his service in the Senate on December 31, 2018. Before his public service, Senator Kyl practiced law at Jennings, Strouss & Salmon in Phoenix. In 1985, he served as chairman of the Phoenix Chamber of Commerce. Born in Oakland, Nebraska, Senator Kyl received both his bachelor’s and law degrees from the University of Arizona. He graduated Phi Beta Kappa and was editor-in-chief of the Arizona Law Review. He and his wife Caryll have two children, Kristine Kyl Gavin and John Kyl, and four grandchildren.

John Leshy was Solicitor (General Counsel) of the Interior Department throughout the Clinton Administration, and had stints as counsel to the Chair of the Natural Resources Committee of the U.S. House of Representatives, Associate Solicitor of Interior for Energy and Resources in the Carter Administration, an attorney-advocate with the Natural Resources Defense Council (NRDC), and a litigator in the U.S. Department of Justice, Civil Rights Division. He led the Interior Department transition team for Clinton-Gore in 1992 and co-led it for Obama-Biden in 2008. He has been a visiting professor multiple times at Harvard Law School, from which he graduated in 1969, after earning an A.B. at Harvard College. He has served on numerous boards and commissions and published widely on natural resources and on constitutional law, including a book on the Mining Law, and co-author of a casebook on public land and resources law (8th edition forthcoming in 2021), and water law (6th edition, 2018).

Robert Robb became an editorial columnist for The Arizona Republic in July 1999. The Wall Street Journal has called him the “dean of Arizona political journalists.” Prior to joining The Arizona Republic, Robb ran his own public affairs and public relations agency for 13 years. He has also worked as vice president for public affairs for the Phoenix Chamber of Commerce and as vice president for governmental affairs and publications for the Arizona Chamber of Commerce. Before joining The Arizona Republic, Robb wrote and commented frequently on public policy and politics for the Republic and other media. For several years, he did a weekly commentary for the “Horizon” program on Phoenix’s public television station. Robb still appears frequently on local television and radio and has been a guest on PBS’s The NewsHour, MSNBC, BBC Worldwide, CNN’s American Morning, C-Span and several shows on Fox News. He has also been published by the Wall Street Journal, Washington Post, RealClearPolitics.com, USA Today and other Gannett newspapers across the country. The Morrison Institute and the Goldwater Institute have published research papers by him and he currently serves as a Distinguished Fellow for the Morrison Institute. Robb served as a judge for the Pulitzer Prize in 2013 and 2014. In 2015, he placed second in the Bastiat Prize, an international competition for economic writing sponsored by the Reason Foundation. In 2000, Robb was a media fellow with the Hoover Institution. In 2009, he was awarded a fellowship for study in Japan by the Foreign Press Center Japan. Before becoming a journalist, Robb served on the executive committees and boards of directors for the Phoenix Zoo, the Phoenix Chamber of Commerce, and the Goldwater Institute for Public Policy Research. Robb graduated in 1976 with a degree in political science from Occidental College in Los Angeles.

The panel will feature a conversation with Dr. John Leshy, Emeritus Harry D. Sunderland Distinguished Professor of Real Property Law at the UC Hastings College of Law, former Solicitor (General Counsel) of the U.S. Department of the Interior throughout the Clinton Administration and author of  “The Making of the Arizona Constitution” and “The Arizona State Constitution,”; Robert Robb, an editorial columnist at the Arizona Republic with over 40 years of experience in Arizona politics and founding director of the Goldwater Institute; and, Hon. Maria Baier of Great Hearts USA, whose public service includes a cabinet position as Arizona State Land Commissioner and Phoenix City Council.

The Future of Arizona Democracy Project will consist of a series of public programming events presented by ASU’s School of Civic and Economic Thought and Leadership and the Arizona Chamber Foundation Junior Fellows program. The series will examine key features of the state’s governance and government structure, the legacy of constitutional powers and responsibilities, and the delicate balance between representative and direct democracy in ensuring a system of government that is of, by, and for the people that works to enhance liberty and opportunity for all.

Eileen I. Klein, the 35th treasurer of Arizona, former chief of staff to Governor Janice K. Brewer, and president emerita of the Arizona Board of Regents, is the founder and advisor to the Junior Fellows program. Joe Pitts is the first program director for the Arizona Junior Fellows program, and Stephen Matter is a 2020-2021 Arizona Junior Fellow. Both are pursuing undergraduate degrees at the School of Civic and Economic Thought and Leadership. AZ Chamber Junior Fellows on the project also include Taylor Hersch (Business Law and Global Politics), and Diego Píña (Political Science).

The Future of Arizona Democracy Project looks forward to a full series of events examining the state’s democratic processes of law-making, elections, and governance and identifying opportunities for reform.