Cameron D. was initially drawn to Arizona State University because he wanted opportunities to succeed both in and outside the classroom. He was looking for a rigorous curriculum, internships, study abroad opportunities and conferences to attend. Since starting at ASU in August, this first-year student has taken advantage of all of these opportunities.

Before he committed to attending the university, Cameron met with a few faculty members from the School of Civic and Economic Thought and Leadership, “I just fell in love with the school and it really solidified my choice to go to ASU”, said Cameron, who is majoring in civic and economic thought and leadership and global agribusiness. 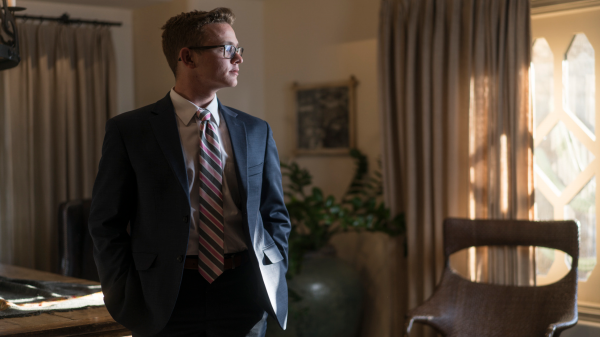 Now seven months into his college career, Cameron has already completed an internship with Congressman Debbie Lesko, studied abroad in India, accepted a scholarship to study in China this summer, and plans to go to Washington, D.C. for another internship with Lesko’s office.

“When I’m not in class, I go to conferences, SCETL talks or events on campus which sounds really boring and people think you have to have a balance between professional, academics, and personal life which is true but I really enjoy doing all this stuff,” laughs Cameron who was quick to add his goal of watching at least one episode of Parks and Recreation every other day.

When asked about his favorite experience at ASU thus far, he excitedly told us about his recent Global Intensive Experience in India, which was his first time leaving the United States.

“It was an amazing experience… The fact that I got to go with people with similar interests as me but also different interests at the same time was just an amazing opportunity to learn and grow. It exceeded my expectations no doubt.”

For Cameron, the most memorable part was the conversations he was able to have with the education team at Barefoot College. 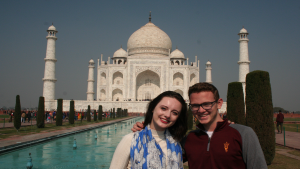 “We were able to actually have a productive conversation; practicing all the things we’ve learned through the school to encourage civil discourse,” said Cameron. “It taught me a lot more than just listening to what other people think about democracy and it extended into practices I can implement into my daily life.”

Having these types of civil conversations about politics is what drew Cameron to the civic and economic thought and leadership courses.

“This is a program that really teaches individuals how to think, not what to think.. Just the fact that I’m going to be able to think for myself – it’s already starting to pay off,” explained Cameron. “I’m able to critically think about different things, whether that be political events, political views, or anything that I go through.”