The School of Civic and Economic Thought and Leadership hosts many events that are available only to current Arizona State University students. These might include intimate lunch-and-learn-type events with our lecture series speakers, lectures with visiting scholars or public figures visiting the school.

Some of these events might be specifically for civic and economic thought and leadership major or minor students. If you have any questions about an event, please email us here. 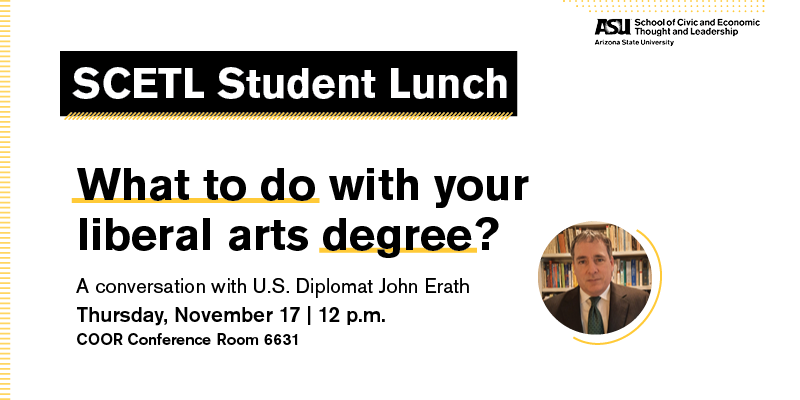 Enjoy a delicious lunch with John Erath as he discusses "What to do with your liberal arts degree?"

John Erath is the Senior Policy Director for the Center for Arms Control and Non-Proliferation, overseeing the policy team and guiding work on issues including Iran, Russia, North Korea, China, U.S. domestic nuclear policy, and more. This follows 30 years of government service, much of it in arms control and non-proliferation. Most recently, he completed a two-year assignment on the U.S. National Security Council, where he was responsible for European issues. In this capacity, he focused on cooperation with NATO and the European Union, as well as heading White House efforts to improve stability in the Balkans. He began his diplomatic career in the 1990s working in what was then Yugoslavia. He was later seconded to the OSCE in Kosovo and the Office of the High Representative in Sarajevo. Subsequently, he covered the Balkans at the U.S. Mission to NATO and for the Office of the Secretary of Defense. 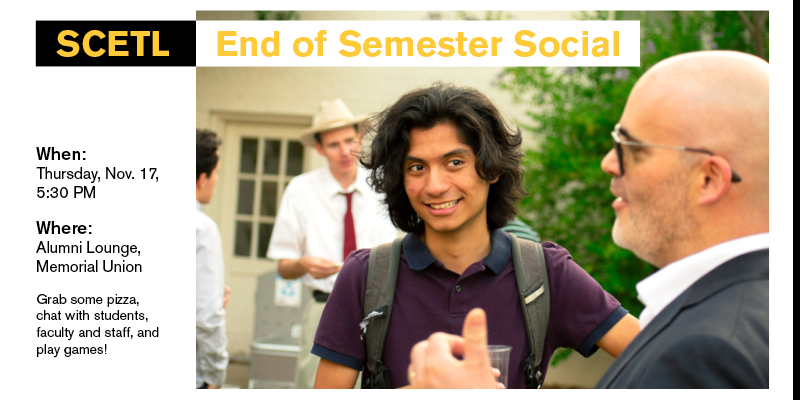 To recognize your resilience this semester, we want to celebrate! The School of Civic and Economic Thought and Leadership will host an End of Semester Social on Thursday, November 17. Grab some pizza, chat with students, faculty and staff, and play games.  If you are in a SCETL class this semester, or you are a major or minor, we want to see you there! 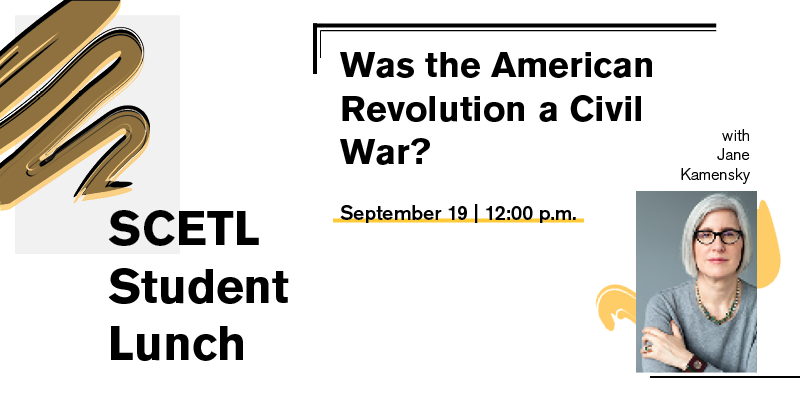 Enjoy a delicious lunch with Dr. Jane Kamensky as she discusses whether the American Revolution was a civil war.

Jane Kamensky earned her BA (1985) and PhD (1993) in history from Yale University. She is Jonathan Trumbull Professor of American History at Harvard University and Pforzheimer Foundation Director of the Schlesinger Library on the History of Women in America at Harvard Radcliffe Institute. A historian of British America and the United States, she is the author of numerous books, including A Revolution in Color: The World of John Singleton Copley (2016), which won four major prizes and was a finalist for several others. A former Commissioner of the Smithsonian National Portrait Gallery, she serves as a Trustee of the Museum of the American Revolution, and as one of the principal investigators on the NEH/Department of Education-funded initiative, Educating for American Democracy. 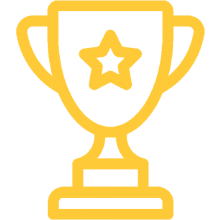 The School of Civic and Economic Thought and Leadership has launched a new program for ASU students to earn recognition for attending events hosted by the school and its two centers. To learn more about the Civic Awareness Award, click here.